Our partner Elephantcandy is based in Amsterdam – luckily. So our meeting #7 was perfectly scheduled for July 18th to 20th, along with the best summer weather. Our colleagues had picked the stylish Pakhuis de Zwijger, a former cooling warehouse for food, turned in 2006 into a creative and events venue. Inspiration guaranteed!

The main focus for the two and a half days meeting was to analyse and reflect on pilot phase 1A, which was conducted at the BBC two weeks earlier. It was the first time that BBC R&D’s ORPHEUS Studio was running for the production of an object-based, interactive and immersive radio drama, The Mermaid’s Tears (cf.  D2.3 Interim Pilot Progress Report), especially created for our project (we will report in detail on that, some time later here on the blog). Andrew Mason from BBC R&D went into the details, explaining the achievements of this challenging, future-oriented experiment. 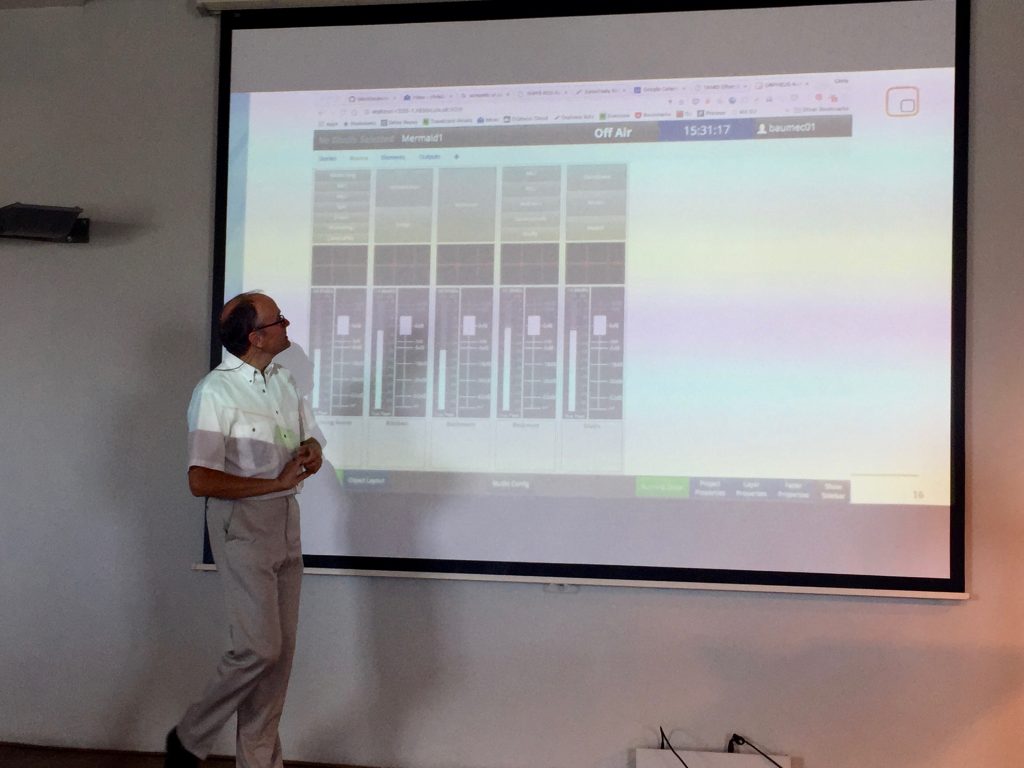 From there, we elaborated our next steps for pilot phase 1 B and C,  to be completed in the next few following weeks. They’re to culminate in our common appearance at the IBC in Amsterdam, September 14th to 19th, where we will be showing demos on the booths of  Fraunhofer, BBC R&D, b<>com, IRT and EBU (plan your visit to ORPHEUS now in the IBC planner). In addition, we will also present ORPHEUS at the conference, being an IBC innovation award entrant.

And, of course, there is still pilot phase 2 to come, where we will take things another step further, to advanced online delivery – getting even more interaction possibilities of object-based broadcasting going. This, too, was planned during our Amsterdam meeting – fresh and cool inside, air conditioned, while outside the temperature rose above 30˚….