Back in Paris at the IRCAM we recapped on the plethora of activities since our last meeting in July. The last 4 months have seen the finalisation of the ORPHEUS app, right in time to showcase it at Europe’s most important broadcast technology event, the IBC in Amsterdam in September. 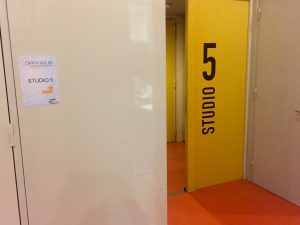 But telling tales of acclaimations and resting on our laurels certainly wasn’t the intention of our meeting in IRCAMs studio #5 under the Place Igor Stravinsky. Instead, we’ve now entered the final stage, with only 6 months to go. Seeing the finish line ahead, it’s better to gather up our forces and focus on our aims. Our pilot phase 2 lies ahead. And for that we’re going deeper into “advanced online delivery” questions, especially by working on audio with variable length, also semantically allowing for variable depth of information. The first possibilities and prosepcts of implementing this feature in our proposed reference architecture are visible. Yet, quite some hurdles are to be taken in practical work to get it running smoothly on the chain from production to reproduction.

As the work packages conclude now one by one in the following months, we’ve also discussed on how to preserve and make available the knowledge gained, in order for others to use it as the launch-pad for their own object-based ventures. Regarding this, we also aired some interesting ideas.

But, of course, our IRCAM colleagues also prepared again great goodies for our ears: Some beautifully-composed and played pieces of music for ORPHEUS, being used for the assessment of different approaches that they are developing for object-based audio reverberation. And this made it clear: there’s possibly no other institution in the world, where technology and aesthetics come closer than at IRCAM. 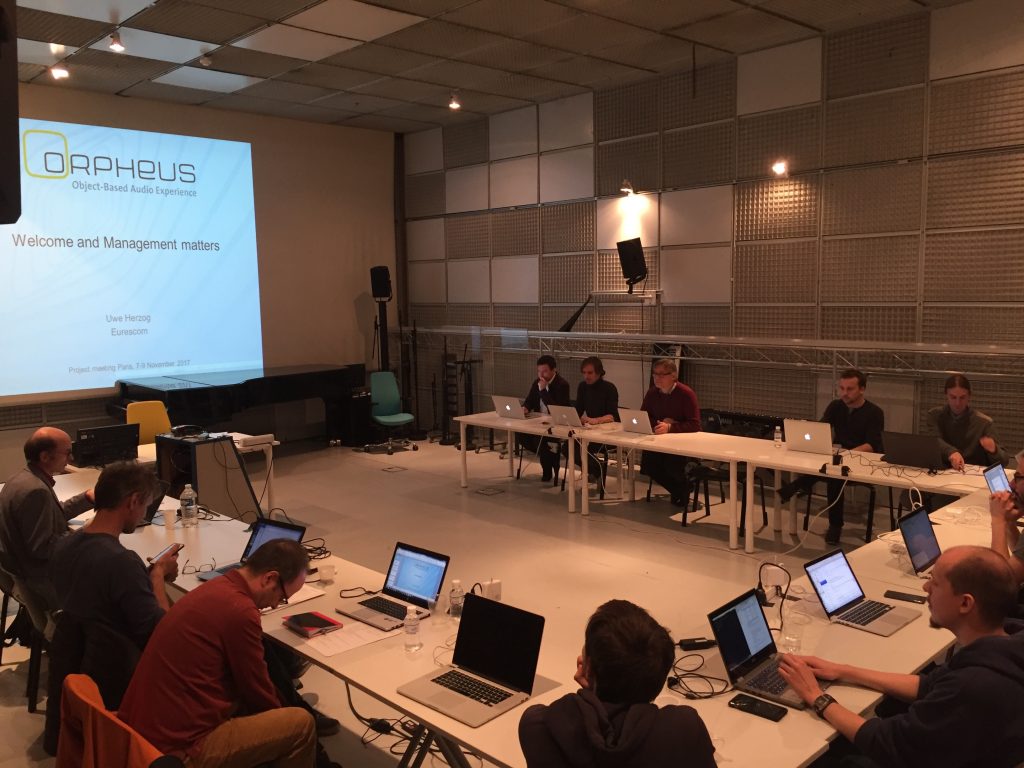